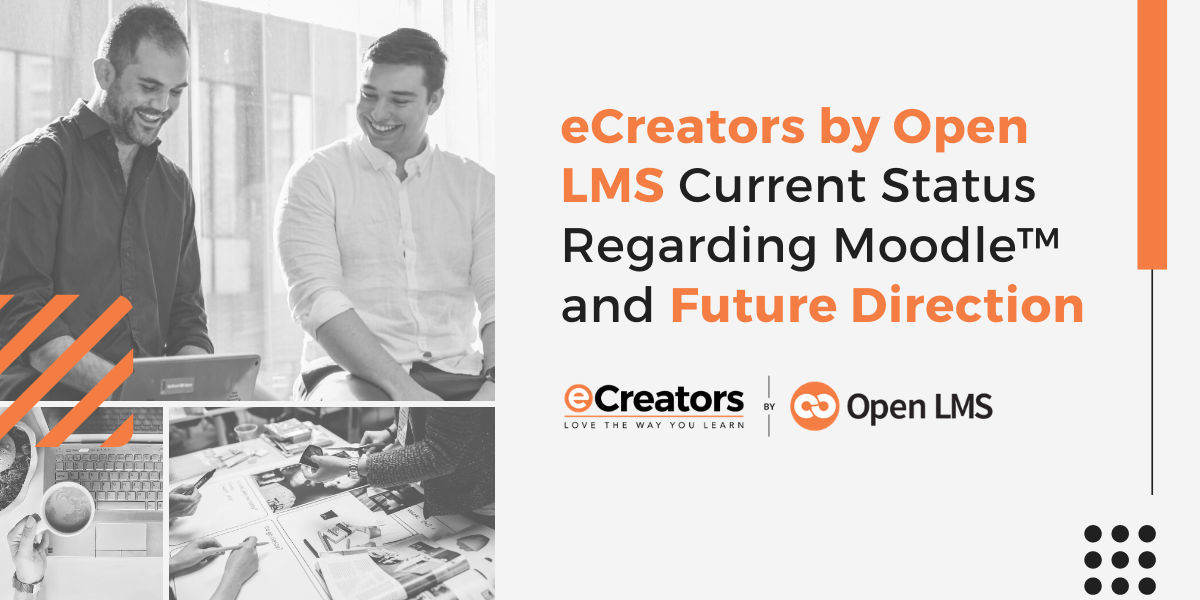 When we acquire companies, a crucial priority is customer continuity and care above all else. We strive to provide service that gives our customers confidence from day one, and we work tirelessly to accomplish that.

As we’ve brought Moodle™ providers, eCreators and eThink Education, together under the Open LMS banner, we’ve lived those goals. At Open LMS, Phill Miller led his company on three fundamental principles, one of which was:

Retain all of our customers by obsessing about the customer experience.

As we create the new evolution of Open LMS since it’s departure from Blackboard and integration with eCreators and eThink, client retention rates have risen. However, with the acquisition of each, we received negative messages from Moodle™ HQ who publicly criticized LTG’s strategy of building a team of Moodle™ experts that can support open-source users on a truly global scale. In the case of Open LMS, they were critical of our mission and questioned if we were truly open source, and in the case of both eCreators and eThink, Moodle™ HQ opted to cancel partnership agreements with these two former Moodle™ Partners of the Year, one of them being the largest Moodle™ Partner in the world by a large margin.

We would have gladly remained partners had HQ allowed for it because we believe in the power of a central nexus of development in open source projects. Despite entering into a short-term agreement whilst we both committed to negotiate a long-term solution in good faith, Moodle™ HQ decided not to proceed, without giving a specific reason.

The cancelation of the eCreators and eThink partnerships is disappointing but relatively benign. It’s worth noting that Open LMS has been successful for itself and its customers despite ceasing to be a partner 5 years ago. Core Moodle™ is licensed under GPLv3, which means that once distributed, the software can be used and modified by anyone who has it, as can its derivatives. This means that our customers will continue to be cared for by Open LMS to their usual exceptional standards, without interruption.

However, as part of the eThink acquisition, some 47 customers came across who were also using Moodle Workplace™, which like Core Moodle™, is licensed under GPLv3, but carries some additional language related to the Moodle™ partnership and a Moodle™ license.

While it seems clear to us that the GPLv3 licensure of core Moodle™ (and thereby its derivatives) allows anyone to use that code from the moment of its distribution, as does the inclusion of the GPLv3 reference in the Moodle Workplace™ code, we had concerns. We ultimately decided that the best outcome for our customers would be to avoid any interruption of service or distraction that a legal battle would cause, and so we pursued an agreement with Moodle™ HQ.

As a prerequisite to negotiating a long-term agreement for hosting and supporting Moodle Workplace™, Moodle™ HQ required that we give up our GPL-based rights to use that software. Doing so allowed us to secure a 6 month transitional license, with the intent of formalizing the commercial principles we had agreed to for a long-term solution.

Since that time, we changed none of our requirements, while Moodle™ HQ proposed substantial changes to those terms, and ultimately failed to deliver even a single written expression of their proposal.

It is our view that Moodle™ HQ is prioritizing its business model over its customers, its partners, and its mission. And for that reason, and because they literally offer us no choice, we are going to move forward without their partnership, remaining true to our goal of creating a global leader in open source learning and talent solutions alongside LTG’s comprehensive array of proprietary solutions.  We are immensely proud of our ability to serve almost any customer’s needs, regardless of complexity or software type.

For most of our Open LMS clients, this will have zero impact. None of this changes our ability to support our customers, to host core Moodle™, and to offer our contributions to core Moodle™ where they are welcomed.

For our eThink clients who presently use Moodle Workplace™ or have licensed it, we offer you the ability to choose. Open LMS & eThink leaders will be in touch during the week of March 1, 2021 to talk through the options with you. But I do want to be explicit about this… you have the right to choose and we will support you in whatever way you require.

We are also going much further. By the end of the year, on a schedule we will publish and meet, we will open source, under a pure GPLv3 license, the software you require to run Open LMS in your own environment or with any other hosting and service provider. We will meet both the letter and the intent of GPLv3. This will include Open LMS Work (formerly Learnbook), Personalized Learning Designer, Technical Components, Reports, and more. We will publicly share with you our definition of open source for clarity, we will highlight the software that we release via GPLv3 and the software we don’t, complete with our rationale for why we did so. And we expect you to hold us to account on any perceived inconsistency. We want to know.

Because it boils down to this: our business always thrives when we put our customers first, when we’re transparent, consistent, clear and true to our principles. We hope ours is the kind of business with whom you choose to work.

E-LEARN MAGAZINE: AN INSIGHT INTO THE GLOBAL EDTECH COMMUNITY
October 22, 2020

What You Need To Know About Blended Learning (Updated)
July 2, 2020

Achieve more for your training business with Arlo and Learnbook
June 5, 2020

TEST DRIVE ALL FEATURES FOR 14 DAYS

WE’D LIKE TO HEAR FROM YOU
Go to Top
0shares

Subscribe on our newsletter to receive latest news and events